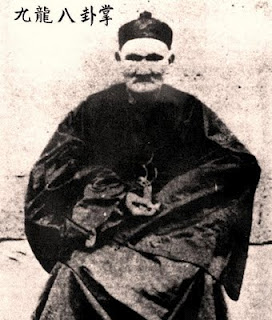 When the herbalist Li Ching-Yuen died in 1933, all newspapers around the world covered the news of his death. According to his own testimony, he was 197 years old. However, the official government record showed his date of birth to be 1677, making him 256 years old. He himself owed his long life to peace of mind and believed that everyone can live a century long life by realization of inner calm.

Here is a copy of the obituary as reported in the New York Times May 6, 1933: “Peiping, May 5 – Li Ching-Yuen, a resident of Kaihsien in Sichuan province, who according to his own admission was one of the oldest persons on earth, born on 1736, which would give him 197 years – died today.

In 1930, it was stated by Professor Wu Chung-chien at the University of Minkuo, that documents showed that Li was born in 1677 and that the Chinese government had congratulated him on his 50th and 200th birthdays.

A correspondent of the New York Times wrote in 1928 that most older people in the neighborhood of Li, had asserted that even their grandfathers knew him as a very old and cultivated man. Li was able to read and write very young, and had traveled extensively as a herbalist in Kansu, Shansi, Tibet, Annam, Siam and Manchuria. During the first hundred years of his life he collected herbs from these provinces. Then he switched to selling herbs gathered by others.

Wu Pei-fu, the local warlord, invited him into his house to learn the secret of his long life when Li reached 250 years of age. He replied that the secret to longevity was based on a simple principle: ” Keep a quiet heart, sit like a tortoise, sleep like a dog,”. During his life he had attended in the funerals of 23 wives and 180 descendants. .