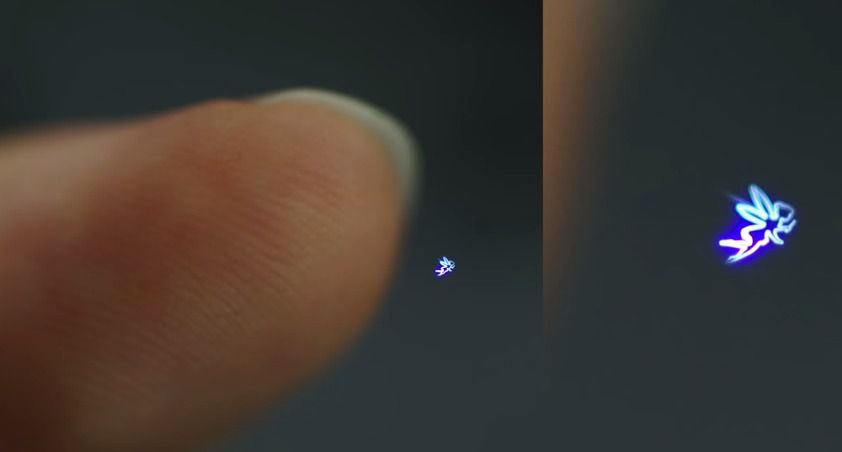 Using a femtosecond laser projection system, a team of researchers based in Japan, has created 3D holograms that can be touched without fear of burning your fingers and feel like a material object. The technical demonstration is convincing, but actual practical applications is still a thing of the future.

A very important part of the science fiction stories, 3D holograms are now technically feasible and could sooner be part of our smartphones and tablets. Among the techniques available for their production, laser-plasma acceleration  has the advantage of creating holograms that are visible from all angles. Last year, we had already talked about the laser hologram system of Japanese society Burton, capable of producing 3D objects floating in the air. Each voxel ( a three-dimensional pixel) is a plasma light generated by a laser and focused by a lens, overheating the molecules of oxygen and nitrogen in a very small volume. These pulsed lasers work at the scale of nanoseconds.

Now, at this frequency, the plasma energy is so high that it can burn the skin if you touch the hologram. But in Japan, the Digital Nature Group (DNG), a team of researchers from the universities of Tokyo, Tsukuba, Utsunomiya and the Nagoya Institute of Technology, has found a new way to produce 3D holograms that can be touched and even felt. According to experts who explain in their scientific paper uploaded arXiv , the laser pulse is not dangerous for the skin, it is necessary that its duration is less than two seconds. For this, they have therefore accelerated the speed of projection by switching to lasers called femtosecond.

The sensation of touching sandpaper 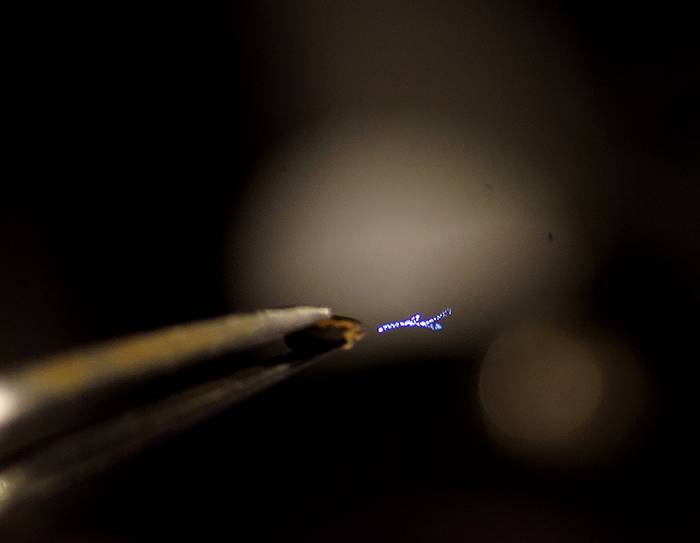 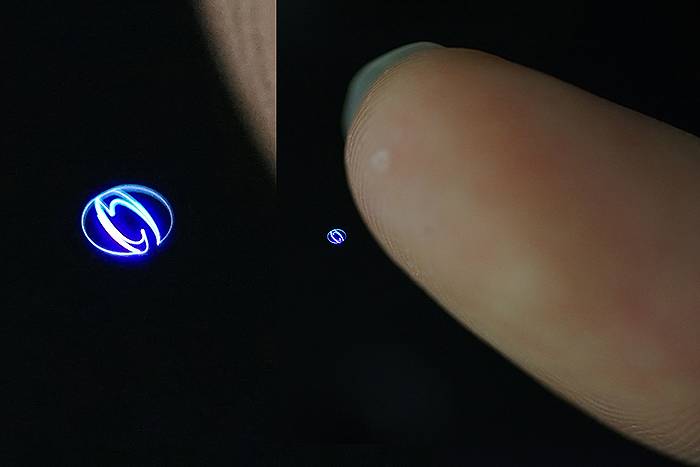 The system consists of a spatial modulator of light that directs laser rays through a series of lenses, a mirror and a scanning galvanometer to precisely control the projection. A camera placed up to the hologram detects movements so that the image reacts to touch. The laser pulses, between fifty milliseconds and one second, does not cause burn. And, when a finger comes in contact with the hologram, the plasma generates shock waves which produce a sensation of touch. According to Professor Yoichi Ochiai, who runs this project, the effect would be felt close to the contact with sandpaper.

These 3D holograms have a resolution of 200,000 points per second. For now, they are tiny because their volume does not exceed eight cubic millimeters. At present, this is primarily what the researchers call a proof of concept, showing the feasibility. For concrete practical applications of such a technology, the display size and consequently the size of projection device would need to be improved. This is what researchers from DNG say they want to tackle, without giving a precise roadmap.