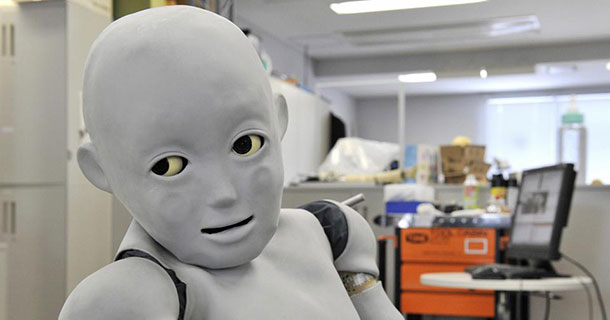 300 Japanese companies have made i-roobo consortium in Tokyo, on July 1, 2014. The purpose of this new consortium is to make 100 new robots using advanced artificial intelligence techniques by the year 2020.

Japan has always been a leader in the field of robotics. After Japanese Prime Minister Shinzo Abe said that he wants to organize an olympic games for the robots, the Japanese companies seem to be doing all to fulfill his ambition.

With this new consortium called i-roobo, the Japanese want to create a hundred new robotic assistants in the future. Famous Japanese companies are part of the consortium, such as Toshiba , Toyota or NTT, as well as, start-ups specializing in robotics and computer technology. It will be chaired by Professor Hideyuki Tokuda from Keio University. According to Hideyuki Tokuda, the purpose of the consortium is to create international standards robots that use latest communication technologies as well as fulfill the standardisation requirements.

The initial plan is to design a hundred robots that can be used as companions, assistants or perform other useful functions for the individual use by the start of the next decade. In the coming years, Japan will face problem of aging population which will result in: depletion of its workforce and need for the care of elderly.

Japan, is the largest producer and user of industrial robots, and is considered the empire of robots. It intends to maintain this pride at least until 2020, the year of the Olympics in Tokyo should serve as a showcase of Japanese technological know-how.