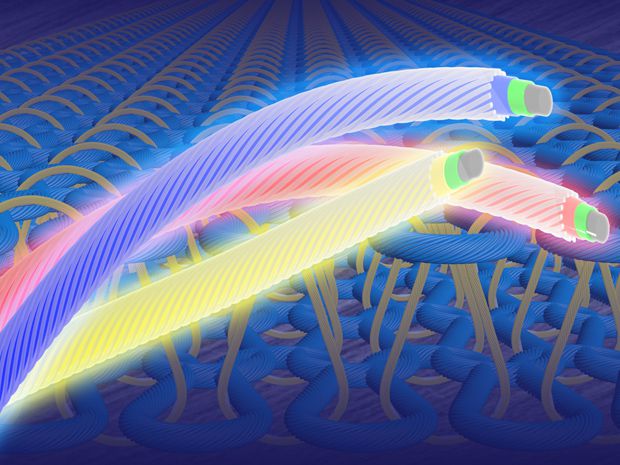 Researchers at Fudan University in Shanghai have developed a fiber composed of electrochemical cells, known as the Plec. The material is thin enough to be woven. This could pave the way for the industrial manufacture of fabrics for creating bright clothing and other connected devices.

Perhaps, in the near future, our clothes will light up, change color on demand and display the notifications sent by a smartphone or other connected object. These are the perspective applications for this new technology being developed by a team of researchers from Fudan University, Shanghai, China, and the University of California at Los Angeles, the United States. In an article published in the journal Nature Photonics , they present a concept of light fiber so thin and flexible that it could be incorporated into a fabric.

This material is only about a millimeter thick and is composed of light emitting electrochemical light cells (Plec, polymer light-emitting electrochemical cells ). They work on the same principle as the OLED (organic light emitting diodes) with two metal electrodes connected to an organic electroluminescence semiconductor. But the main difference is that, unlike OLED, the Plec work best at low power because they use less materials which is less sensitive to air. This allows the manufacturing of low-energy light fabrics that could, for example, be powered by energy recovery systems associated with movements of the body or of the solar energy. 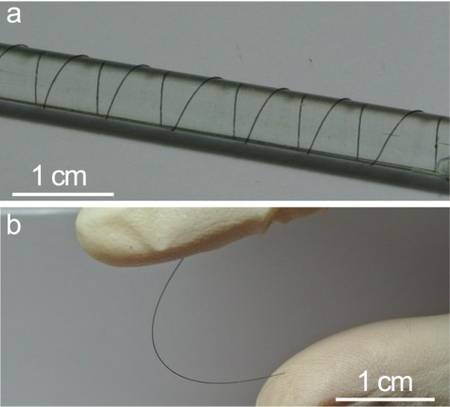 However, there are two major limitations in the development of this project. First, the brightness of these fibers is halved only after four hours of use. However, two researchers from the University of Valencia, Spain, have issued a comment about this work in Nature Photonics about Plec likely to last several thousand hours. The second obstacle is that the fibers are too short to be woven by machines. The researchers plan to continue developing their prototype to achieve a truly usable results. The white shirt that lights up in color to go clubbing is not for now, but who knows, perhaps in a few years