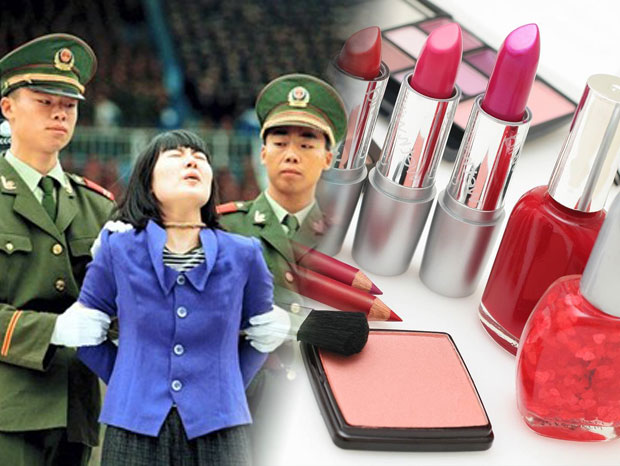 An investigation by famous English daily “The Guardian” has made a chilling revelation: The secret ingredients of some Chinese cosmetics contain pieces of human skin.

China has already been much criticised for the use of lead in children’s toys. However, the famous “Made in China” may take another hit. According to a survey conducted by journalists of the English daily The Guardian , pieces of human skin, from the remains of people condemned to death by Chinese authorities, are used in the production of cosmetics sold in Europe. However the survey does not elaborate if these products are still at the research stage or if they are already on the market. “It is still uncertain whether products such as collagen available in the UK or on the internet are manufactured by the same company, which for legal reasons can not be identified “, explained the journalists, “It is also unclear whether collagen made ​​from the skin of prisoners is still in the research stage or at a stage of mass production. In any case, The Guardian has learned that the company has already exported products based on collagen in the UK in the past “.

This is a seemingly ancestral and “traditional” process in China to collect cells of collagen from tissues of the bodies of those condemned to death. The collagen is one of the active ingredients of a great number of anti-aging or anti-wrinkle products. It is also possible to inject it under the skin of the face to fill in wrinkles and cracks due to old age.

The main problem is that no institutional surveillance is in place to monitor these products specifically, including collagen injections. A bill about this issue is still pending in the drawers of the European Union , but can not come into force within a few years. Perhaps these revelations will speed up things.