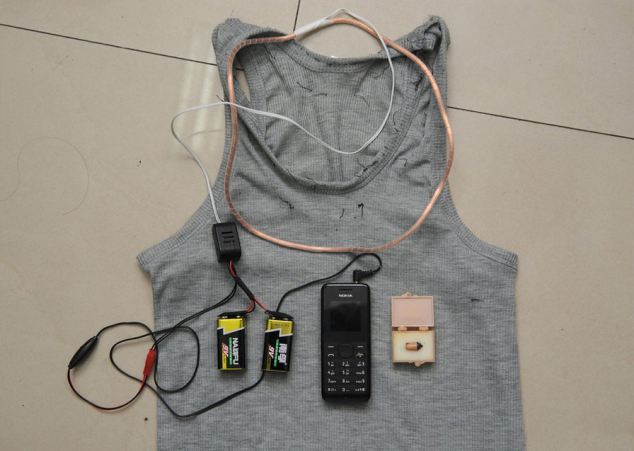 Chinese Students have made a 007-styled gadget to cheat in the entrance test of a University but caught red handed. The students were caught by security staff in the provinces of Jinlin, Guangdong and Jiangsu. The pictures of the questions is taken by a camera hidden in the pen or a watch and then transmitted outside using antenna stitched inside the clothes.

In countries, like China university entrance exams are very competitive and decides the future of a student. Some students even revert to teaching and try to invent new ways to achieve their objective. However, these particular Chinese students have stunned the world. They made a 007-styled gadget to cheat in the entrance test of a university and caught red handed. The students are caught by security staff of the provinces of Jinlin, Guangdong and Jiangsu. The technique consists of taking the pictures of the questions either by the camera hidden in the pen or watch and then to transmit it to someone outside the hall through antenna stitched inside the clothes.

At the receiver side, the answers are seen by the fellow men outside the hall and listened by the student in the hall via a cheap phone. A hidden earpiece is used to receive the voice signal. A number of criminal groups are involved in this cheating to help the students in National Higher Education Entrance Examination. The exam is named as ‘Gaoko’ in which around 9.5 million pupils appear each year and it was held on 7th and 8th of June this year.

Education in china has great deal of appreciation and people are afraid of their children failing the exams. In China, students are sent miles away from the homes daily for school. Students are also afraid of being punished for their failures. According to the education department spokesman the Education department and police are colloborating with one another to stop such cheating activities, as well as, stop selling and stealing of papers. Furthermore, they will apprehend the people involved in these activities. The spokesman added that punishment for cheating students may include 1 to 3 years expulsion from the entrance exams. The parents if found involved, will also be punished.