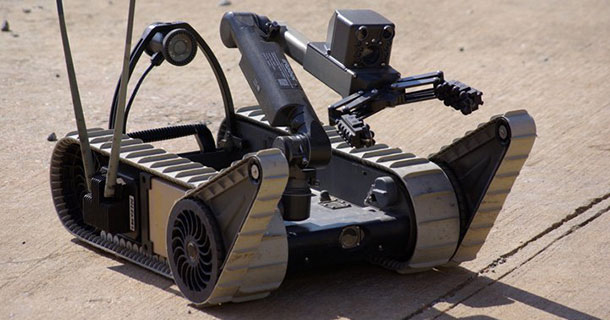 The Canadian military will spend $9.6 million for the purchase of 20 deminers robots from the American iRobot. They will be delivered by April 2015.

iRobot Corporation has won a new tender, this time from Canadian military, to provide 20 reconnaissance robots of type PackBot 510 CBRN Recce Systems. This robot type is an extension of the famous PackBot 510 Multi-Mission, company’s best-selling brand.

Tom Phelps, product manager at iRobot robot, explained that the development of the equipment purchased by the Canadian military has been largely influenced by the wars in Iraq and Afghanistan. The Packbot, remotely controlled, can enter buildings, climb stairs and travel in hazardous areas for the soldiers. iRobot has delivered more than 5,000 robots to military and civil defense forces worldwide.

According to Frank Wilson, senior vice president and general manager of defense and security business unit of iRobot, it is an honor for iRobot to work with the Canadian Ministry of Defence for Canada. The challenge is enable the security personnel meet the challenge posed by bacteriological and nuclear radioactive chemicals. Chemical, biological, radiological and nuclear (CBRN) incidents occur worldwide, and each have their own challenges. IRobot offers all our customers with robust and reliable systems that are able to meet a wide range of specific needs of the mission