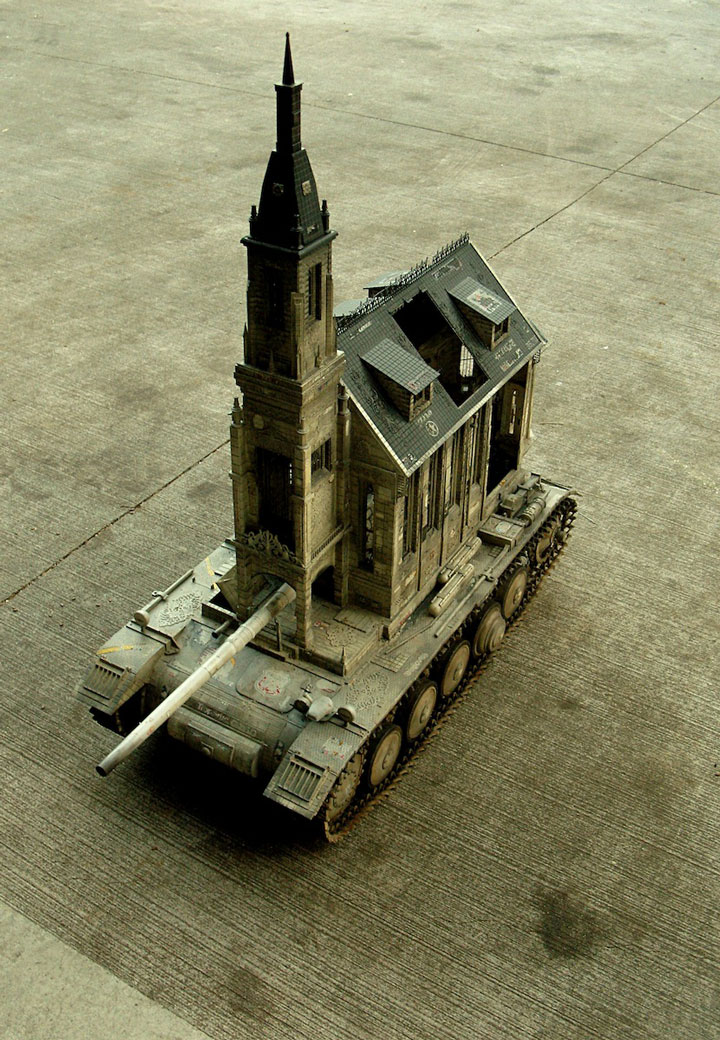 Through his amazing artistic juxtapositions of tanks and churches, Kris wants to express his opinion about the often ambiguous relationship between the religion and the war. We share with you these artworks having a notion of criticism.

Kris Kuksi is a sculpturist from the state of Missouri in the United States. The series of photographs entitled “Churchtank” falls in line with his previous works which make references to the gods and goddesses of antiquity and questions the religion and morality. The artworks of Kris offer a unique combination of the essence of Baroque art and modern industrial world with a notion of satire. Enough talk, now time for pictures!

If you enjoyed this series, we invite you to find all the works of Kris Kuksi on his website.

This is a selection of really controversial sculptures: these two worlds seem total opposites to one another but yet combined perfectly in the creations of Kris. What do you think is the message behind these artworks?