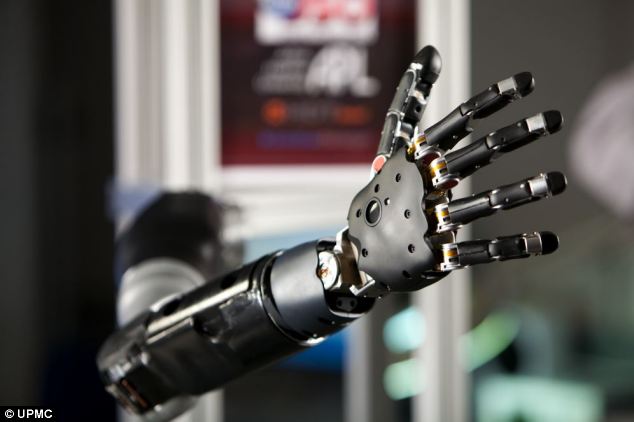 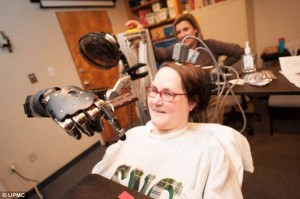 A 52 years old paralyzed woman is now able to eat using a ground breaking new robotic arm. The arm is operated with the help of electrodes implanted in her brain to catch the brain signal.

Named Jan Scheuerman has been suffering from a diseases of degenerative brain disorder for the last 13 years and has been paralyzed since then. 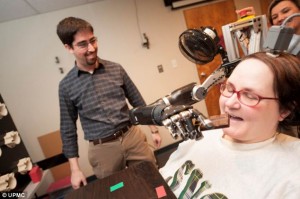 At the university of Pittsburgh Medical Center doctors were able to implant electrodes in her brain so that she could control an advanced robotic arm.

This system is not the only one of its type. There are other systems that enable paralyzed patients to type or write by simply thinking about the letter they want to type. Researchers in Switzerland succeeded in enabling a blind patient to read by implanting electrodes directly into his retina.

In this study, first of all scientists used a technique called “Functional Magnetic Resonance” to find that portion of brain which controls hand movement. The medics used a real-time brain scan to search the actual part  area of  the brain that showed activity when the patient was told to think about moving her unresponsive arms. Then the research team from the University of Pittsburgh Medical Center implanted two micro-electrode devices into the part of brain that initiates movement. The signal from electrodes was then connected to a computer running a complex algorithm to decode  the signals. Afterwards, computer gave commands to robotic arm. 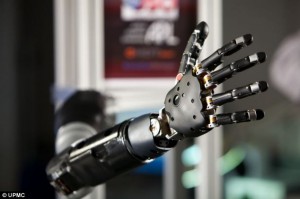