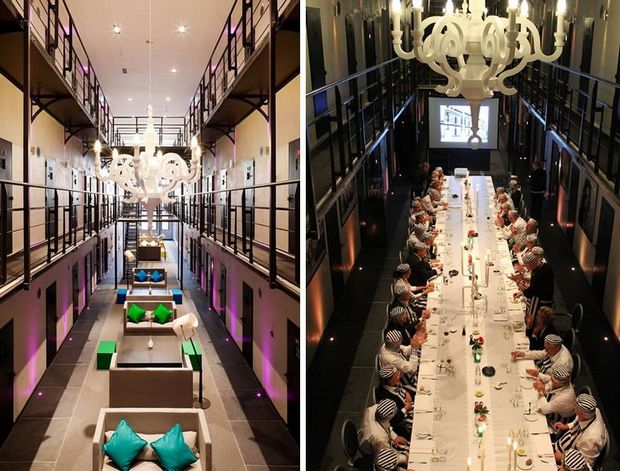 No, this is not a hotel used as prison to solve the problem of overcrowding in prisons. Rather, an abandoned prison in Netherlands is converted into a luxury hotel. A good inspiration for hotel chain owners!

Prisons are never associated with the notion of luxury. Rather, their name is associated with disgust, overcrowding and other horrors of imprisonment. In the Netherlands, a luxury hotel chain converted one of the most feared prisons, the Het Arresthuis in the city of Roermond, into a very well-equipped hotel.

Opened in 1862, Het Arresthuis all those people who lived there did not do it voluntarily. The prison was finally closed permanently in 2007. However, now it has been remodelled into a luxury hotel along with the existing prison environment. Prison  cells and quarters have been converted into 40 luxurious rooms (24 standard rooms, 12 deluxe rooms and 4 suites) with luxurious decorations and high-end service. Prices can go up to € 300 or more for a weekend stay.

Seeing the photos, do you have the desire to stay few days in such luxurious prison hotel?