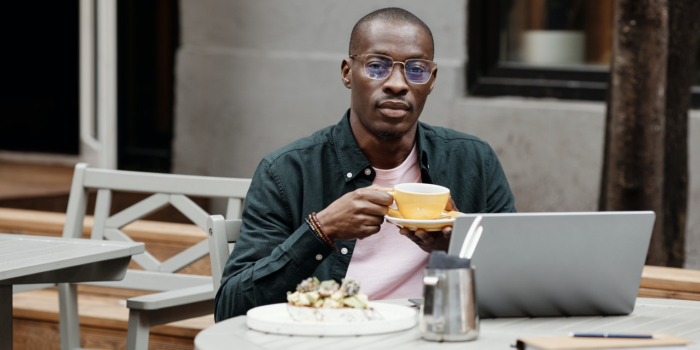 Everyone’s been there before: you’re out running errands and need to search for something online. You don’t want to waste your data, so naturally, you turn to public WiFi.

To learn more about why you should avoid using public WiFi, be sure to continue reading.

If you’re doing something that requires a robust and reliable connection, like gaming or streaming, public WiFi networks shouldn’t be your first choice.

When you connect to a public WiFi network, you’re potentially sharing it with dozens of other people. This can seriously impact your ping, causing your game to lag or your stream to buffer.

However, an unreliable connection should be the least of your worries…

These devious cyber-threats are used by hackers to eavesdrop on unwitting users. After you connect to a public WiFi network, a hacker can initiate an MitM attack by taking advantage of the network’s vulnerabilities. This process allows hackers to intercept your data and monitor your online activity.

Thankfully, there’s a way that you can protect yourself from MitM attacks and a wide variety of other cyber threats: a virtual private network (often shortened to VPN).

For those that aren’t familiar, a VPN is an invaluable tool that allows users to encrypt their data and change a handful of credentials (geolocation, IP address, etc.) that enable hackers to identify their devices.

Having your own private VPN makes it nearly impossible for hackers or cyber-attacker to infiltrate your device or intercept your data, allowing you to transform an unreliable public network into a secure safe haven.

Did you know that connecting to a public WiFi network can potentially put your device at risk of a malicious software (malware) infection? It’s true.

Hackers and cyber-attackers have refined several techniques and codes that allow them to inject malware into computers and smartphones via public WiFi.

Exposing a computer or smartphone to malware can not only put your data at risk, but it can also impact the overall quality of your device.

Have you ever heard of a malicious hotspot before?

Malicious hotspots are deceiving networks that trick users into connecting to them. When an unsuspecting user connects to a malicious hotspot, they’ve unknowingly given a hacker access to all of the data on their device.

Although it can be challenging to differentiate a safe network from a malicious hotspot, there are a handful of tell-tale giveaways that you can look out for.

After reading this list, it should be clear why you should only use public WiFi as a last resort.