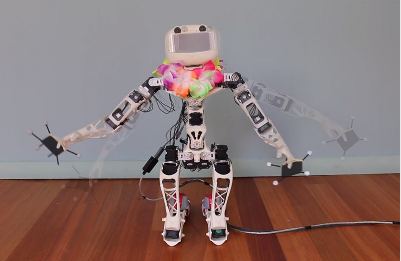 Poppy, is the world’s first open-source 3D printed robot that can have many useful applications in scientific research, artistic performances and classrooms. The project has been funded by the European Research Council. Discover this amazing robot without delay.

Here is Poppy, the first open-source humanoid robot that can be easily printed using a 3D printer. Poppy is a robot that anyone can build and program. It can not only be used by scientists and engineers but can also be integrated into school trainings, giving students an opportunity to conduct experiments. Poppy has been developed in France by INRIA research labs. Dr. Pierre-Yves Oudeyer, who is inchrage of the team responsible for the development of Poppy says: “Very few efforts have been made ​​to exploit the advantages of 3D printing and its training in the classroom. Our Poppy platform now offers a way to cultivate creativity of students and teachers in diverse fileds such as mechanical, computer, electronics and 3D printing.” 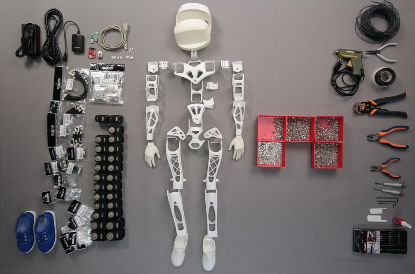 Poppy’s body is printed using 3D printers and its control software is open source, which means that users can easily and quickly, program the robot for themselves. According to Dr. Oudeyer : “The hardware and software are freely available and allow users to experience how to build their own robot for the first time. Poppy is now also compatible with the Arduino platform, which allows the robot to interact with other electronic devices, such as smart clothing, lighting, sensors and musical instruments. 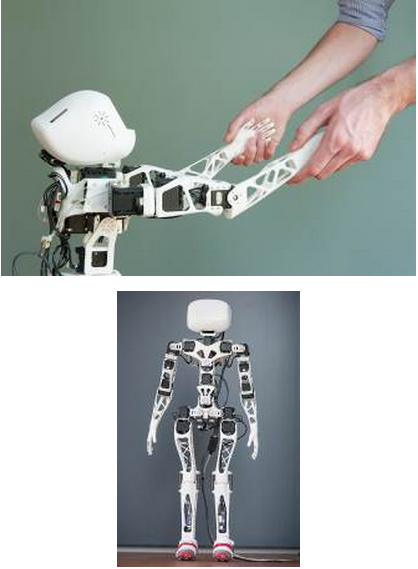 The team of Dr. Oudeyer has already used Poppy in other areas, including the arts. As part of a program called “Beings and digital”, the team worked with a dancer and a visual artist to explore the emotions, perceptions of gestures and body movements of robots for dancing. The team hopes to use Poppy for other artistic performances as well.

The funding for Poppy has been provided by European Research Council (ERC) and amount to 1.5 million Euros. The project will continue till 2015. You can visit the site of project Poppy for more details.